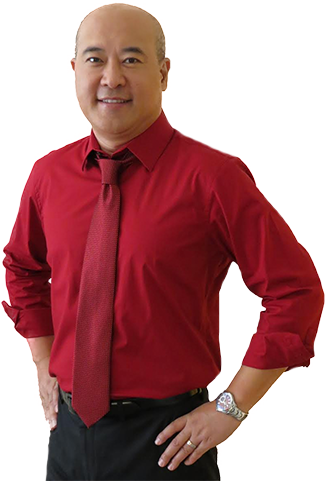 A Top Producer in the real estate industry since 1998. Jin Woo began his career in the Mortgage industry rising to #1 agent in the office within his 2nd year and becoming the manager in his 4th year in the company. By 2004, Jin started into the Real Estate selling side. Staying independent mostly but eventually joined Coldwell Banker in late 2010 and received the Diamond Society award for sales performance in 2012. Later Jin joined Re/Max Omega as an active Realtor and  Manager of  both branches of the Arcadia office and the Monrovia Office, for ReMax Omega. Consistently a multi – million dollar producing sales agent, Jin strives to provide the utmost in service to all his clients and enjoys educating especially, first time home buyers. With his full knowledge of the lending side along with the Real Estate side, Jin is able to advise his clients not only about the communities and the properties but as well as guide his clients on the varying options of mortgages.  Along with Jin’s VIP Marketing Campaign for sellers, Jin is able to maximize your property’s exposure to find the right buyer and get the most money for your property.  Jin believes in communication and listening to what his client’s wants and needs are, as keys to his success.  With over  90% of Jin’s business coming from referrals from his past clients and friends.


Copyright © 2000-2019 Keller Williams ® Realty. - a real estate franchise company. All information provided is deemed reliable but is not guaranteed and should be independently verified. Properties subject to prior sale or rental. Each brokerage is independently owned and operated.